The first crypto, Bitcoin, had its inception in 2009 and was mainly intended to be a digital currency utilized in general transactions and purchases. Back then, its decentralized, independent, and anonymous features displayed a small taste of what the future looked like.

We could make a list of the reasons for that, but in this article, we will dedicate our attention to what might be the greatest of them all — purchasing power protection.

Brief explanation of the gold standard

The gold standard was a monetary system utilized by the major nations in order to hedge their economy against the so feared inflation.

It means that every note or coin issued by the central bank must be linked to the same value of gold stored in its reserves. And gold never loses its value.

The paper money created in a nation must follow the economic growth of that country, hence preserving the purchasing power of the currency. In simple words, if you can’t print money at your own will, you’ll never have more notes than your actual riches.

But, when the global economy abandoned the gold standard, the inflationary hedge was also dissolved.

Even though a flexible currency is more versatile, especially during a crisis, abusing the money printing machine can lead to disastrous scenarios. This is where cryptos come in.

As we mentioned previously, gold has always maintained its value throughout history, which makes it a reserve asset. The same can be said about silver.

They are the most famous reserve assets and are widely implemented in personal and institutional investment portfolios to preserve part of the total wealth during an unpredicted crisis.

The reasons that gold and silver keep their value through time are basically two: the historical and cultural attachment (used to make jewelry, medals, rings, etc.), and the limited supply.

Although they are quite abundant, they are limited, which provides a hedge against the corrosion of purchasing power. 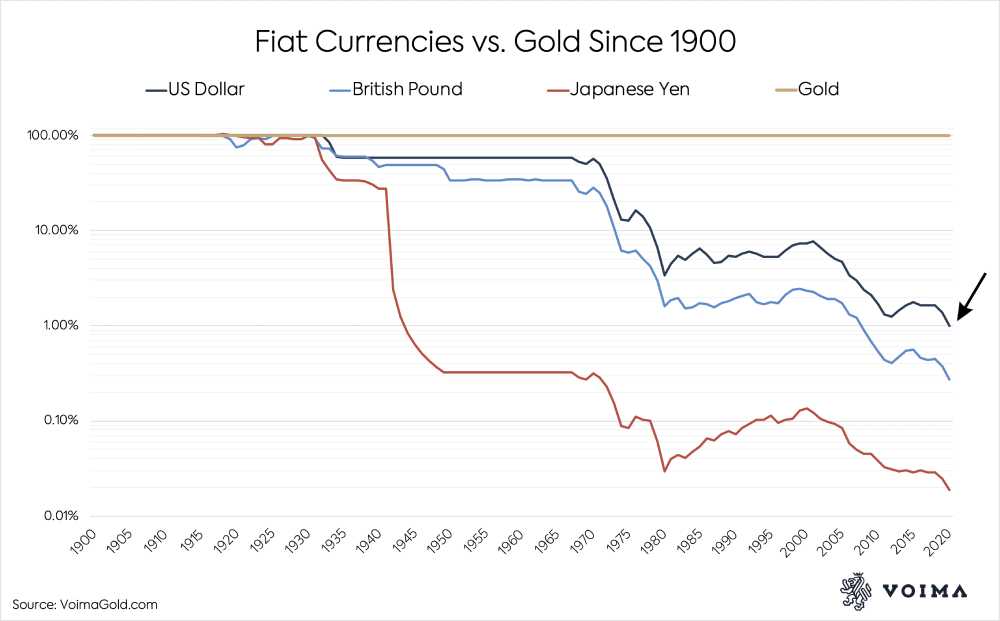 This is the same as the paper money explanation mentioned earlier, if you can’t create gold or silver, they will always be rare and exquisite items.

Furthermore, you might have already noticed that the most popular cryptocurrency, as well as some others, have this very same characteristic.

They are limited in their supply. Bitcoin is halved every four years, and its total supply is limited to 21 million coins, which means it’s also considered a deflationary asset.

Other cryptos that are limited in supply: Binance Coin, Cardano, XRP, Solana, and Bitcoin Cash.

Even though there are other limited cryptos, Bitcoin is currently the only one regarded as a reserve asset. This is due to its global popularity and adoption, making it well established among investors, and recently, financial authorities and institutions.

Controversial opinion: Cryptos should never be considered a reserve

But this is also a rather polemical topic, as we all know the crypto market is probably one of the most volatile markets to ever exist.

Bitcoin is also not backed by any real asset; therefore, its intrinsic value lies only in the belief that its technology will remain useful and adopted from this day on.

Having said that, renowned economists, investors, and fund managers have already stated that Bitcoin or any other cryptocurrency should never be included as reserve assets in one’s portfolio.

After all, how come something so new and so volatile could be compared to the historical gold and silver?

Another strong argument is that, since cryptos are decentralized, anonymous and not yet regulated worldwide, some nations might see them as dangerous currencies.

This fact also contributes to the “cryptos are not a wise investment choice” statement, which is true.

After all, if the major countries started to deploy sanctions, abnormal taxes, or even permanent bans to crypto transactions, its value would plummet, losing its place as a reserve asset.

Regardless if you are a crypto fan or not, it’s clear that cryptocurrencies have made their way into the investment industry.

It’s safe to say that there is no right answer to whether cryptos can be considered reserve assets or not.

Therefore, it’s up to you to decide how the digital coins are going to be placed in your portfolio if they ever make it.

Buy and hold, reserve assets, or high-frequency trading are just a few of the endless options you can use to approach the so popular cryptocurrencies.

Gnosis Chain – How It Works & The Future

Gnosis is a decentralized prediction market platform built on the Ethereum blockchain. It allows users